By Alex Colovic  on Nov 26,2016
Uncategorized
In the wake of the World Championship match the Swedish film director Alexander Turpin made a documentary called Sergey. The film has already been broadcast on Norwegian TV and it received positive reviews.
The film is approximately 20 minutes long and it primarily tells the story of Sergey’s beginnings by way of interviews with his parents, his coaches and Sergey himself. And the beginnings were difficult, being born in Simferopol the young genius didn’t have the necessary support to progress and his family was forced to make the life-changing decision to move to Kramatorsk where he got access to excellent coaches and organised structure. This propelled him to become the youngest grandmaster of all times, a feat he accomplished at 12 years of age. His coaches speak favourably of him, his family supports him and I get the impression he was a happy child.
Karjakin himself points out the period of 6 years, between 2003 and 2009, as one of relative stagnation and the main reason why he didn’t reach the top sooner, as it was widely expected of such a prodigy. Things start to feel uncomfortable when his move to Russia in 2009 becomes a topic – he left Ukraine in search for better conditions for his further development and switched federations, but it was his political views that caused quite a stir among his friends. Former World Champion Ruslan Ponomariov, who won the FIDE title in 2002 by beating Ivanchuk and was helped in that match by 12-year old Karjakin, sounds disappointed by Karjakin’s views of open support for the Russian annexation of Crimea. Karjakin himself was wise enough to decline to comment on those issues during the interview for the film.
The film is pleasant to watch (for non-Russian speakers, make sure you turn on the subtitles under the “CC” button!) and gives a personal view on Karjakin’s life and the problems he had to overcome. Things are never easy in life, even for the geniuses.
Director Alexander Turpin has made a fine effort to research the background of Karjakin’s beginnings – he travelled extensively to various places in both Ukraine and Russia (all this was paid by himself!) and spoke to many people who were involved in his upbringing. I would recommend the film even if you know everything there is to know about Karjakin – seeing the people who were (and are) part of his life talk about him will make you feel you know him better.
The film ends with Sergey’s words “I will be World Champion, if not now I will be World Champion later, but of course better now!” With two games left to play in New York, Sergey’s dream is within reach.
You can watch Sergey following this link. 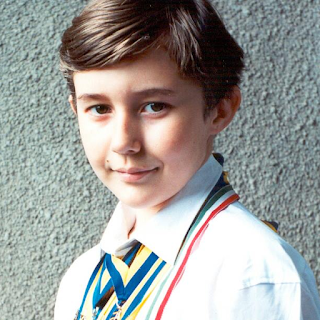